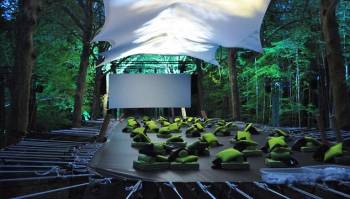 This page acts as an archive of radical films that are publically available on the internet. If you wish to add a film to the list, please search first for it on archive.org before seeking out other platforms. If you notice any dead links, please replace and/or remove it, so we can keep the wiki up-to-date. 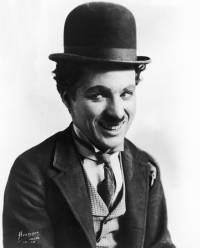 Poetic Realist films (and its forerunner, French Impressionism) usually have a fatalistic view of life with their characters living on the margins of society, either as unemployed members of the working class or as criminals. The overall tone often resembles nostalgia and bitterness. They are “poetic” because of a heightened aestheticism that sometimes draws attention to the representational aspects of the films. 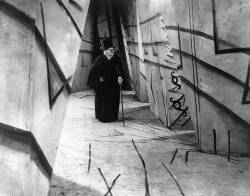 German Expressionism consisted of a number of related creative movements in the Weimar Republic. German Expressionist films produced in the Weimar Republic immediately following the First World War not only encapsulate the sociopolitical contexts in which they were created, but also rework the intrinsically modern problems of self-reflexivity, spectacle and identity. Films made in this period all hint at the inevitability of the rise of Nazi Germany.

Surrealist cinema is a modernist approach to film theory, criticism, and production with origins in Paris in the 1920s. The movement used shocking, irrational, or absurd imagery and Freudian dream symbolism to challenge the traditional function of art to represent reality. Related to Dada cinema, Surrealist cinema is characterized by juxtapositions, the rejection of dramatic psychology, and a frequent use of shocking imagery.

Socialist realism is a style of idealized realistic art that was developed in the Soviet Union and was imposed as the official style in that country between 1932 and 1988, as well as in other socialist countries after World War II. Socialist realism is characterized by the glorified depiction of communist values, such as the emancipation of the proletariat.

With the rise of left-wing political movements and labor unions at the end of the 1920s arose so-called tendency films with left-wing “tendencies”. Realism brought with it a powerful social critique. The movement was repressed up until the rise of the new fascist order. Japanese tendency films made a brief return in the post-war period, before being succeeded by the Japanese New Wave.

Italian neorealism is characterized by stories set amongst the poor and the working class, filmed on location, frequently using non-professional actors. Italian neorealism films mostly contend with the difficult economic and moral conditions of post-World War II Italy, representing changes in the Italian psyche and conditions of everyday life, including poverty, oppression, injustice, and desperation.

The British New Wave was characterised by many of the same stylistic and thematic conventions as the French New Wave. Usually in black-and-white, these films had a spontaneous quality, often shot in a pseudo-documentary style on real locations and with real people rather than extras, apparently capturing life as it happens.

The French New Wave emerged in the early 1960s. New Wave filmmakers were linked by their self-conscious rejection of the traditional film conventions then dominating France, and by a spirit of iconoclasm. Common features of the New Wave included radical experimentation with editing, visual style, and narrative, as well as engagement with the social and political upheavals of the era.

The Spanish New Wave emerged in the late 1970s, with the fall of the Francoist dictatorship. With greater freedom of expression came a reinvigorated radical cinema.

Following the death of Chiang Kai-Shek and the move towards democracy in Taiwan, Taiwanese cinema experienced a New Wave of creativity, fulfilling their new found freedoms of expression. New Taiwanese Cinema films are known for their realistic, down-to-earth, and sympathetic portrayals of Taiwanese life. These films sought to examine many of the important issues facing Taiwanese society at the time, such as urbanization, the struggle against poverty, and conflicts with political authority.

The first wave of Iranian (and later Afghan) new wave cinema came about as a reaction to the popular cinema at the time that did not reflect the norms of life for Iranians or the artistic taste of the society. The factors leading to the rise of the New Wave in Iran were, in part, due to the intellectual and political movements of the time.

New German Cinema is a period in German cinema which lasted from the late 1960s into the 1980s. It saw the emergence of a new generation of directors. Working with low budgets, and influenced by the French New Wave, such directors produced a number of “small” motion pictures that caught the attention of art house audiences, and enabled these directors to create larger productions.

Following the death of Stalin and the subsequent thaw, Soviet and Socialist cinema saw a new wave of creativity spring up. Socialist Realism was no longer imposed as the official style, allowing a much wider scope of storytelling.

In the wake of World War 2, Swedish cinema experienced a creative boom in the film industry.